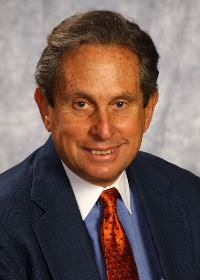 When he was elected to the House in 1974, Mr. Solarz finagled a seat on the Foreign Affairs Committee with the idea that he could appeal to his largely Jewish district by attending to the needs of Israel. He immediately threw himself into foreign policy issues, visiting leaders of Israel, Jordan, Egypt and Syria in his first month on the job. He soon became a leading voice in the House on foreign affairs.
Mr. Solarz was defeated in a Democratic primary in 1992 after being caught up in a scandal involving the bank operated for House members and after his district had been redrawn to facilitate the election of a Hispanic candidate.
.......
Mr. Solarz would go on to be the first congressman to visit North Korea in 30 years; have a nine-hour conversation with Fidel Castro; introduce a nuclear freeze resolution; help alter Reagan administration policies in Central America and Lebanon; and battle many in his own party when he supported the Persian Gulf war in 1991.
Mr. Solarz visited more than 100 countries, more than earning his nickname, the Marco Polo of Congress...
.......
In his 1986 hearings on the Philippines, Mr. Solarz provided irrefutable evidence that President Ferdinand Marcos was misusing foreign aid, leading to the uncovering of the vast United States real estate empire he shared with his wife, Imelda — not to mention Mr. Solarz’s blockbuster disclosure about her shoes.
"
Posted by Kevin at 3:11 PM